3 Reasons to Move to Dominica

If you’re considering moving to somewhere in the Caribbean, you’re likely thinking of well-known islands such as Jamaica, Saint Lucia or the Bahamas. However, one country you may not have considered is Dominica. The diminutive island is extremely underrated, but its abundance of charms make it the perfect place to lay down your roots. Here are three reasons why you should consider moving there.

Dominica is bursting with natural beauty, and is nicknamed the ‘Nature Island of the Caribbean’ for good reason — almost half of the island is made up of rainforest, while roughly a third is national parkland. And while Dominica is just 29 miles long and 16 miles wide, it’s home to an astounding range of landscapes, including everything from mountains and gorges, to waterfalls and springs. Most notably, there’s the Boiling Lake, the world’s second largest hot spring, which is situated at The Morne Trois Pitons National Park. It takes a three to four hour hike to reach the spectacular, 200-foot wide spring of grey-blue bubbling water.

Another highlight is the Papillote Wilderness Retreat, a ten-acre nature garden which is home to all kinds of wildlife. Particularly popular with twitchers, you can find 27 species of bird in the retreat, including the yellow-striped bananaquit and green hummingbirds, as well as 19 species of butterfly. The Syndicate walking trail is also a photographer’s dream, while the Indian River is the ideal place to leisurely float along in a rowing boat and admire Dominica’s stunning fauna and flora. And unlike other Caribbean islands, Dominica has yet to be properly infiltrated by tourists, giving it a level of serenity you’ll struggle to find anywhere else in the region. 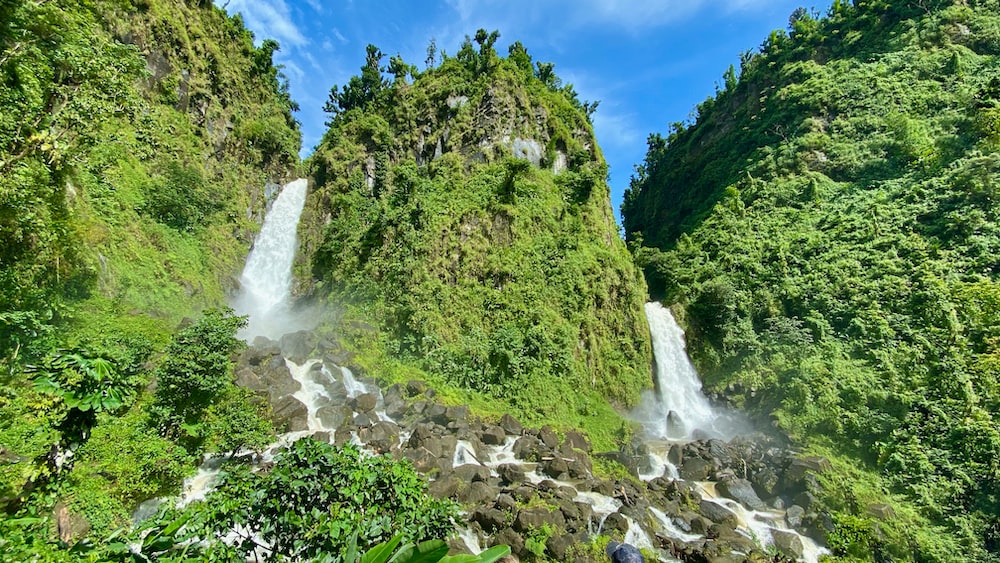 2.    Getting citizenship is inexpensive and easy

Like many other countries, Domnica has its own Citizenship by Investment (CBI) Programme. However, the Nature Isle’s scheme is the best value for money of the lot, with non-residents able to obtain a Dominican passport for just $100,000. The next cheapest Caribbean island to get a passport costs $250,000 while obtaining citizenship from countries like the UK and New Zealand will set you back seven-figure sums. In addition to being relatively inexpensive, the Dominica CBI Programme is extremely well-regarded. Ranking number one in the CBI Index since 2017, it scores highly for ease of processing, as well as aspects such as freedom of movement and quality of living, so you can be sure of a quick and efficient application process.

As well as being able to live, work and study there, Dominican citizenship there offers numerous other benefits, with a Dominican passport giving you visa-free travel to over 120 countries and territories, including the likes of Singapore, Colombia and the UK. What’s more, you can pass your citizenship onto your family, while businesspersons have duty-free access to several markets across the Caribbean.

One of the best things about moving to Dominica is the country’s affordable cost of living. Compared to the US, commodities like food and rent are much cheaper, with the Dominica currency (the EC dollar) valued at 2.70 to 1 US dollar. According to statistics from Numbeo, consumer prices, in general, are 6.86% lower in Dominica than in America, you’ll pay almost half the price for a meal out at a restaurant, and rent costs a staggering 58.3% less on average.

Primary healthcare and education for children between the ages of five and 16 are both free, and the country has made significant strides in both fields in recent years. For example, The Global Partnership for Education noted that Dominica is a member of the Organization of Eastern Caribbean States (OECS), which has “made good progress in access to basic education”. OECS countries spend an average of 17% of their national budget and between 5-7% of their GDP on education. As for healthcare, Domnica regularly spends over 5% of its GDP on it, with projects like the CBI funded construction of Marigot Hospital serving as a testament to the country’s commitment to public health. That said, there are also plenty of highly-regarded private healthcare providers and schools in Dominica, giving new arrivals a great deal of choice when it comes to these vital resources.