A world heritage site is an area, site or structure deserving special protection, which is either naturally occurring or a man-made site, and is recognized as being of outstanding international importance. In 2014 there were 1007 sites listed by UNESCO, with Italy having the largest number of protected World Heritage Sites. The most well-known World Heritage Sites include the Taj Mahal in India, Angkor Wat in Cambodia, Uluru (Ayers Rock) in Australia and Stone Henge in the UK.

Countries nominate their own sites – particularly those that they feel have significant cultural and natural properties. The nomination is then evaluated by the International Council on Monuments and Sites and the World Conservation Union who make recommendations to the World Heritage Committee. The Committee meets once a year and examines the nominated site in relation to a number of selection criteria, including for example whether the site is a “masterpiece of human creative genius” or whether it contains “superlative natural phenomena or areas of exceptional natural beauty and aesthetic importance”.

World Heritage sites are then designated as protected sites, and are eligible to receive international funding from the World Heritage Fund for their upkeep, which itself is funded from income from compulsory contributions from participating countries and from voluntary contributions and donations.

For the more culturally conscious traveller these are for you: 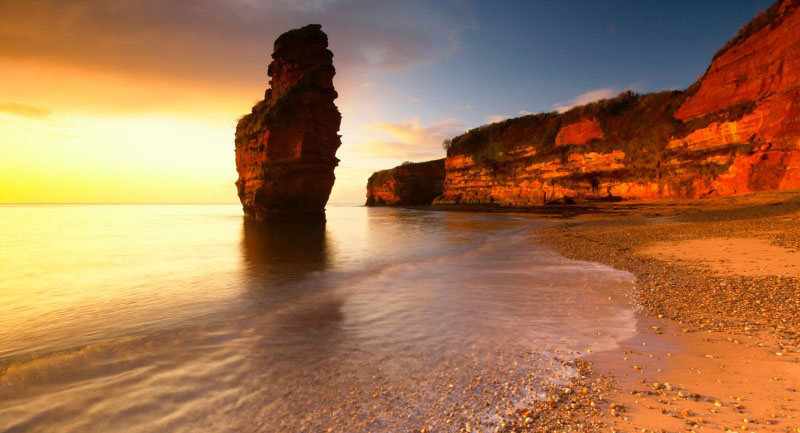 A – The Jurassic Coast

This 95-mile stretch of coastline in Dorset and East Devon Coast was granted World Heritage Site status in 2001 by UNESCO. Running from Exmouth in East Devon to Studland in Dorset it is England’s first and only natural World Heritage Site. This coastline is particularly special because it is the only place on Earth where 185 million years of the Earth’s history is exposed this way in the dramatic cliffs, secluded coves, coastal stacks and barrier beaches. Because of the way the rocks have ‘tilted’, walkers and explorers will relish this unique ‘walk through time’ from 250 million to 65 million years. That means you are literally walking with dinosaurs through the Triassic, Jurassic and Cretaceous periods as you travel eastwards along the coast.

Ladram Bay Holiday Park is at the centre of the Jurassic coast, overlooking its own private beach and set in the glorious rolling East Devon countryside. You can hire luxury lodges, some with hot tubs, or bring your own camping equipment, caravan or motor home. Either way you’ll enjoy a marvellous range of facilities and activities. There’s something for everyone at this family run holiday park. 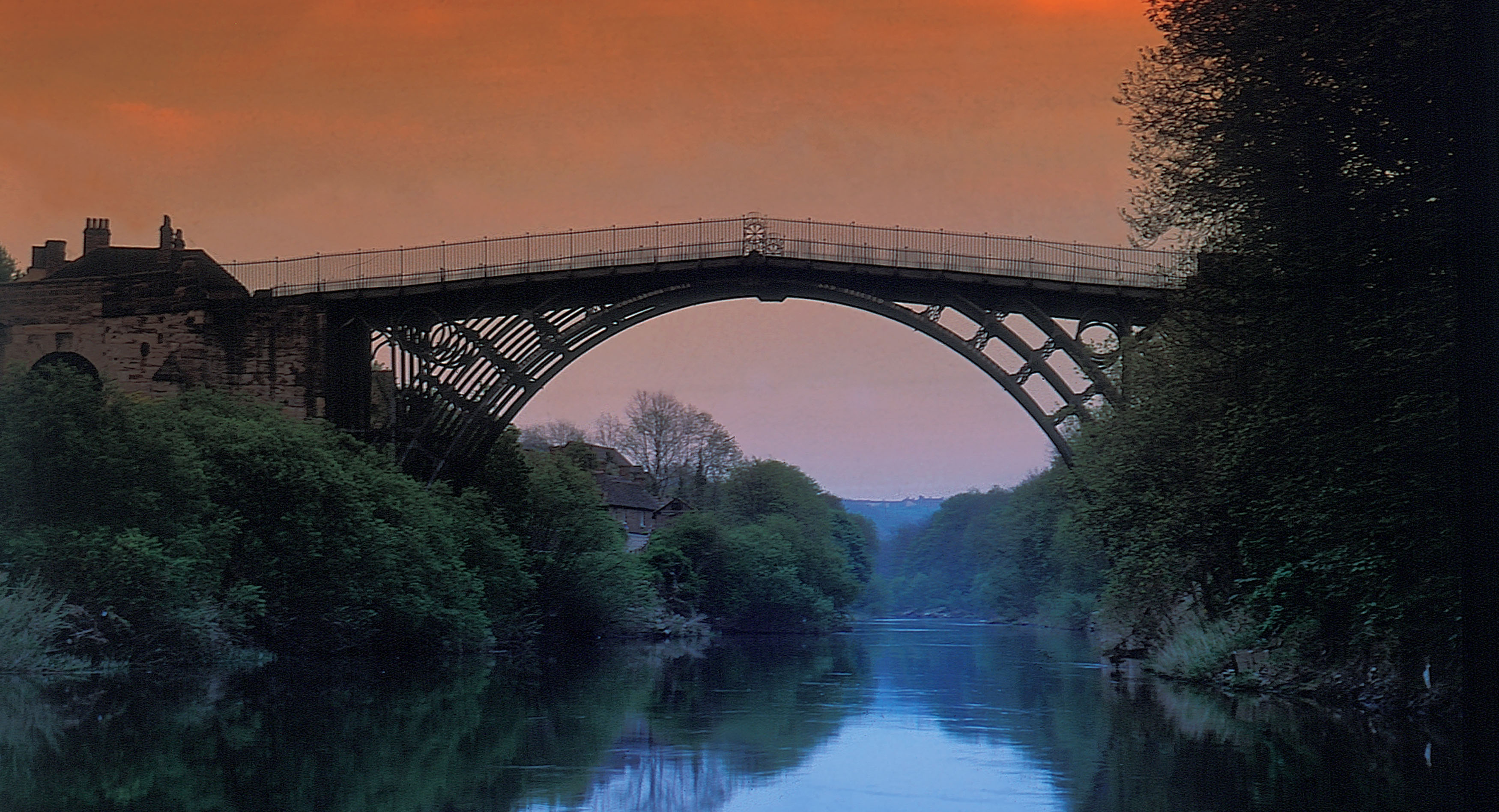 One of the greatest symbols of the Industrial Revolution in Europe, Ironbridge is home to the Coalbrookdale blast furnace built in 1708, and the famous iron bridge that spans the gorge five miles from Telford, along with the 18th century mines and railway lines that fuelled industrialisation. The Heritage site covers an area of 5.5 km2.

Ironbridge Gorge is open all year and offers you ten museums to visit including a pipeworks, a tile works, a China museum as well as Victorian shops, cottages and places of work so it’s great for history buffs. There are miles of great walks through the beautiful local countryside or alternatively try the free Park and Ride service, serving the Coalbrookdale Museums and the centre of Ironbridge town itself as well as many of the museums.

The Telford Whitehouse Hotel is a premier hotel with 90 en-suite bedrooms, a brasserie style restaurant, lounge bar and a leisure club. It also has an indoor pool with a health and beauty salon.

Work on Cologne Cathedral began in 1248 but remained incomplete until the Prussians took over and finished the task at the same time as Germany was being unified in the 1880s. Although the cathedral was very heavily bombed by the British during the Second World War it has been lovingly restored. It is the most visited landmark in Germany, with 6.5 million visitors per year. It is a work of Gothic genius that lovers of Gothic and Neo-Gothic architecture will love. The cathedral dominates the Cologne skyline of Cologne and is one of Germany’s most famous landmarks.

The Mauritius Hotel and Therme, Mauritiuskirchplatz 3-11, Altstadt, Cologne, is just 0.7 miles from Cologne Cathedral and has a 3,500 m² spa, which includes an indoor and an outdoor pool, all of which guests can use free of charge. 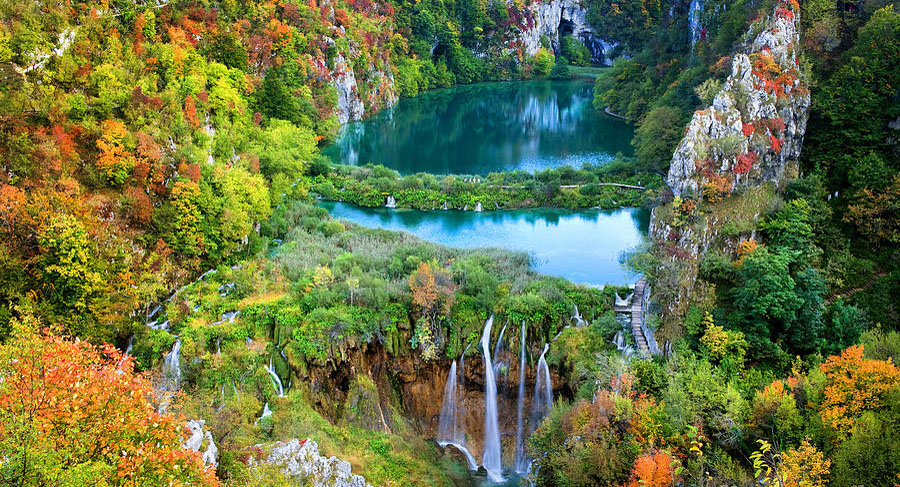 In 1979, Plitvice Lakes National Park became one of the first natural sites to be added to the UNESCO World Heritage register. Every year more than 1,200,000 visitors visit the Park which is famous all over the world thanks to its array of lakes that are the result of the meeting of several small rivers and subterranean karst rivers that all interconnect but are separated by naturally occurring dams. Plants and bacteria accumulate on the surface and thanks to the interplay of the naturally occurring minerals and organisms, the lakes change colours and range from azure to green, grey or blue. Lovers of nature and photographers will love the Plitvice Lakes National Park.

Hotel Degenija, Seliste Dreznicko bb, Rakovica, Plitvice Lakes National Park 47245, Croatia is probably the pick of the bunch around here and is 4 km from the Park. It offers guests free Wi-Fi, en suite bathroom with a bath, a children’s playground, a traditional restaurant serving Croatian food and international cuisine and free parking. 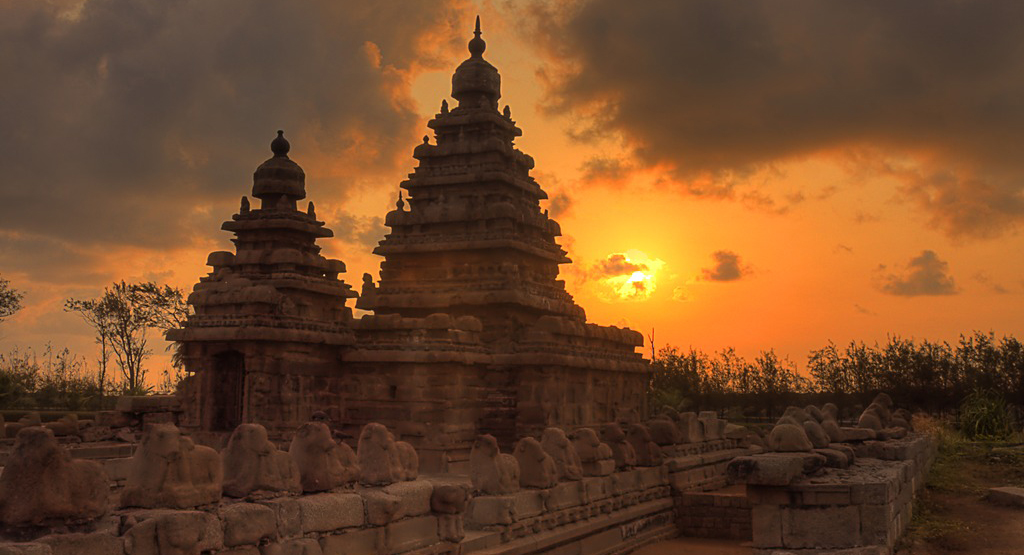 The Mahabalipuram monuments, built by the Pallava kings in the 7th and 8th centuries were elaborately carved out of rock along the Coromandel coast. They were lost to the environment and only rediscovered during the 19th Century. This temple town has approximately forty monuments, including the Descent of the Ganges, one of the largest open-air bas-reliefs in the world, and became a UNESCO cultural World Heritage site in 1984. The tsunami of 2004 made some lasting changes to the coastline and uncovered a variety of previously hidden statues and small structures along the shore.