Classic Holiday Destinations Seen From The Air – Just Like On TV

When certain cities are named to you, what comes to mind? If someone names London, you’ll see the iconic landmarks such as Buckingham Palace and the Houses of Parliament. Paris? Eiffel Tower, Champs Elysees, and so on. You could go on like this, naming cities and their landmarks, and do so even if you’ve never been to them. Why? Because we’ve seen pictures in books or online. Or we’ve seen them in films and TV shows.

Every time a city is featured on TV or in a movie, we’re given something called an “establishing shot“. It ties a show together, takes us from scene into scene. It builds tension with dramatic music played over it. And it reinforces the location in our minds. “Oh, yes, that’s LA/Seattle/Miami…”. Those shots have become iconic, and they’re always sweeping, aerial shots to give us as much of the city as possible.

And so, does it not make perfect sense when holidaying in some of the world’s most remarkable spots, to see them from this angle? 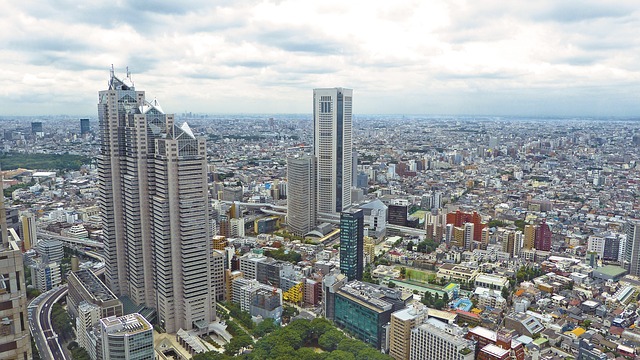 Tokyo: Try Seeing It From A Zeppelin

It’s not hard to recognise Tokyo when you see it on your TV screens. Usually cut together in part of a fast-paced drama, its digital landscape is burned onto our memories. It’s easy to get overstimulated seeing it all from ground level. But you can take to the skies and see the bustling metropolis in a more peaceful way. 90 minutes of hang-time over a city so lit-up it can be seen from space – it’s quite an experience.

The Himalayas: A Balloon Flight That Will Blow Your Mind

Perhaps the most noted mountain range in all the world, the Himalayas define so much of the Asian continent. They attract tourists from far and wide. Some are looking to give climbing Everest a go, some just looking to take in some amazing scenery. Not many can say they’ve seen Everest from above – but on a balloon ride that can take up to two hours, that’s exactly what you will do.

New York City: You’ve Seen It On Screen, But Nothing Beats The Reality

New York is undeniably one of the world’s most recognizable cities. Those establishing shots we were talking about? Maybe half of those, maybe more are shots of New York. In any case, on helicopter tours in NYC you’ll see them all. Brooklyn Bridge, the Empire State Building and Lady Liberty herself – it’s all there. Try to stop yourself from humming theme tunes as you hang above the city. It’s not easy.

Or to be more accurate, a London Eye view. A relatively recent addition to the landscape of the UK’s capital, the Eye was erected at the turn of the century. It takes half an hour to rotate, during which you can see the classic landmarks of one of the world’s oldest cities. There are famous buildings everywhere you look here. Gaze from the bridges over the Thames to the Tower of London and much, much more. There’s no better way to see London!