Home Sweet Suburb: 5 Reasons Why Many Americans are Choosing Suburbs over Cities

In recent years there has been an increase in the number of people moving from cities to suburban neighborhoods. This shift can be attributed to factors such as housing development, population growth, and interests of individuals causing more and more people to migrate to smaller communities. As the Wall Street Journal reports, U.S. Census figures show that urban counties grew by .8 percent in 2015 to reach 77 million people while suburban counties grew 1 percent to reach 159 million.

Regardless of the emerging patterns, it is clear that living in the suburbs has a broad set of advantages. If you’ve been considering moving from the urban life to the calmer suburban neighborhoods, there are many benefits that can come from this move. Here are just a few of the primary upsides of making the transition:

Despite the fact that property taxes and home prices tend to increase in suburban neighborhoods, the overall cost of living is slightly lower than living in the city. Although housing and transportation costs are similar between city and suburbs dwellers—51 and 50 percent, respectively—more people own homes in the suburbs, meaning it’s overall more affordable.

Living in the suburbs can translate into more savings, especially when looking at things like food, gas, or monthly bills. Insofar as homeowners insurance quotes compares go, you may find that your premiums are lower in suburban areas rather than urban cities. 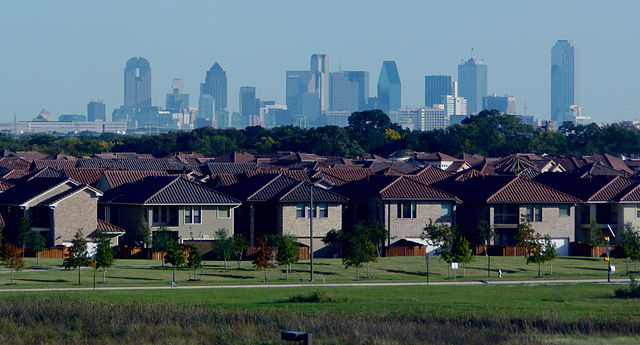 A move to the suburbs may be beneficial for you if you’re thinking of settling down and maybe even starting a family. Suburban neighborhoods are an ideal place for families because they provide an abundance of space and a family-focused atmosphere for raising children. Whereas urban areas can be more compact and unpredictable, the suburbs grant peace of mind if you’re looking to settle down.

In line with family life and raising children, suburban communities generally provide a higher quality of education. One 2009 analysis found that less than 61 percent of city-based high schoolers graduated, while over 75 percent graduated in the suburbs. If you have small children that are currently in grade school, putting them in a suburban school district is a major benefit of moving out of the city.

This is a key factor to consider if you’ve thought of moving to the suburbs, whether you have children or not. A 2014 study conducted by the FBI found that urban city areas had a far higher crime rate than urban areas, with twice the level of property crime and nearly two and a half times the number of violent crimes. Given the sense of community and neighborly interactions that often exist in suburban areas, the level of criminal activity decreases significantly.

Despite the excitement of being in a big city, the absence of nature and outdoorsy atmosphere can make you feel like you’re living in a cage. Suburbs don’t have this problem, as many of these smaller neighborhoods are characterized by their array of parks, community centers, and outdoor activities. If you’ve been feeling trapped in the city, moving to the suburbs may give you the release you’re craving.

Living in an urban area is a fast-paced and high-intensity lifestyle. Although these big cities have their own benefits, the recent migration patterns into the suburbs has made it clear that homebuyers are looking for a change. Moving to the suburbs gives you and your family the perfect place to settle in, lay down some foundations, and enjoy quality time with those around you. If you’re one of the many who are on the fence about staying in the city or moving into a suburban neighborhood, it is necessary to weigh the pros and cons of each in order to make a well-informed decision.