How two popular Canadian sports have adapted over time

Many sports have adopted rules which aim to make the activities as safe as possible for those who undertake them. Here, stairlift stockist Acorn Stairlifts takes a look at how two very popular sports synonymous with Canada have adapted over time to become much less dangerous…

Hockey is Canada’s popular pastime and has been since the 19th century, with the sport played at all levels throughout the year. On a national scale, there’s the Allan Cup and Memorial Cup for both juniors and seniors to vie for, while there’s also a number of divisional championships competed for across the nation.

While very popular, hockey isn’t without its dangers. According to data gathered by the Canadian Institute for Health Information, the number of brain injuries suffered from those involved in hockey which required visits to the emergency department between 2014 and 2015 in the provinces of Alberta and Ontario was recorded in at 2,929 cases. In context, the number of emergency department visits from being hit by a ball over this period of time was 1,575, with 1,466 injuries involving those participating in either American football or rugby.

Fortunately, there’s plenty of effort being made to make hockey a safer sport. While helmets have long been used to protect against a variety of injuries, research has been carried out by a team headed by Carolyn Emery, the Chair of the Sport Injury Prevention Research Centre and the Associate Dean of Research for the faculty of kinesiology at the University of Calgary, to evaluate the impact of a helmet’s fit on concussion risk. At present, the ongoing study is showing a positive correlation between mouthguards and reducing the risk of concussion.

Then there’s the development of the dai by Bauer — a collar which was introduced to the sport in 2017 which is worn around the neck and functions to increase the blood volume around the brain. The company has stated that the equipment aims to protect the structure of the brain.

Hockey Canada also encourages the safe playing of hockey, with the organization’s Vice-President of Membership Development Paul Carson underlining that there is zero tolerance in the sport for either hits to the head or checks made from behind. He goes on to encourage those playing hockey to practice and develop skills such as being able to skate with agility and confidence, as well as keeping your head upright whenever you’re carrying the puck.

A respectful environment must be encouraged too, Mr Carson went on to strongly advise, with this something that needs to involve players, trainers, coaches, and even parents. Nick Reed, Co-Director of the Concussion Centre based at the Holland Bloorview Kids Rehabilitation Hospital in Toronto, echoed these thoughts. He pointed out: “We still see in arenas all around this country big loud cheers for the big hits rather than for the nice pass or the nice goal. If we can start to have young kids respect their own brains and the brains of others, I think we can make some significant headway.” 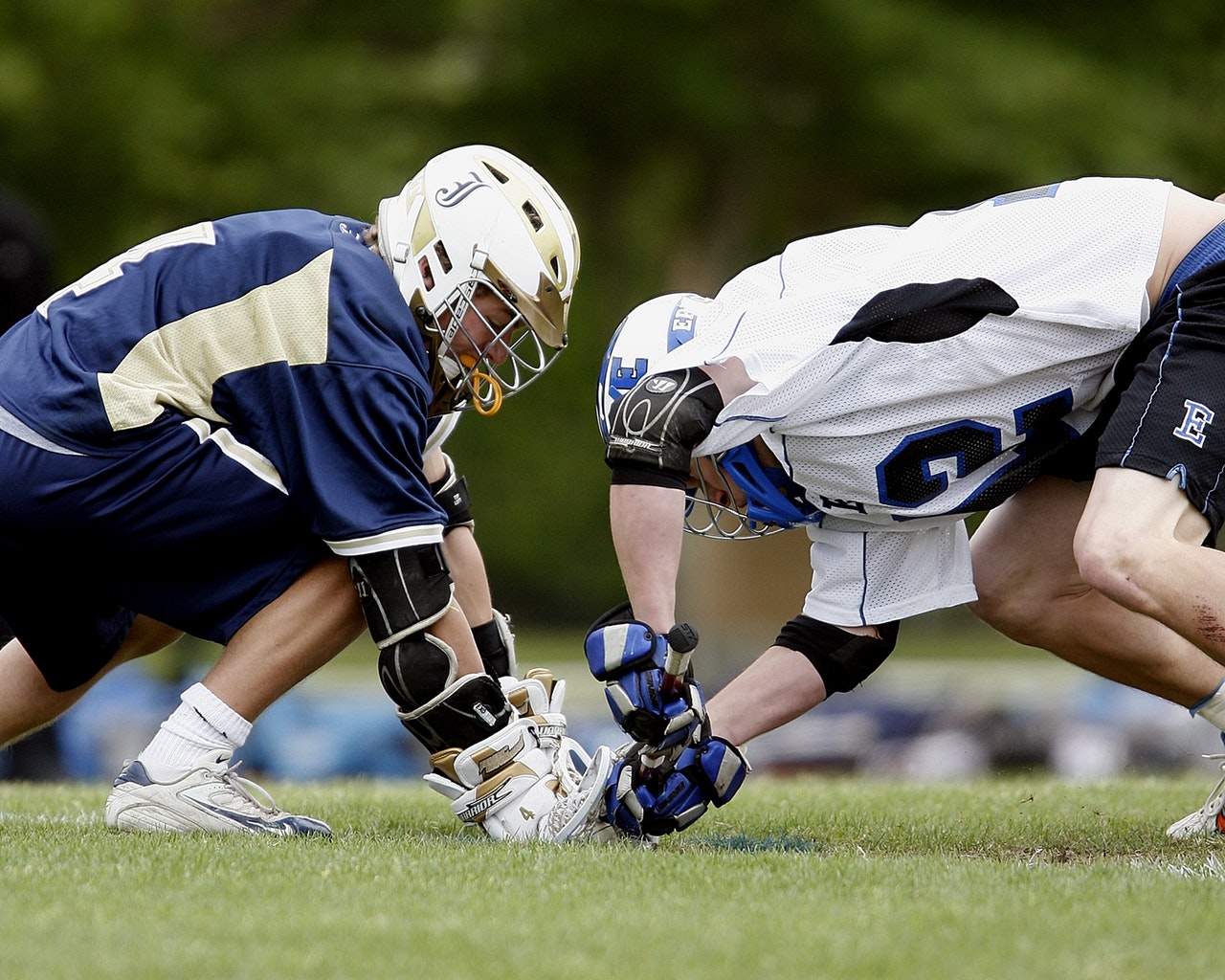 Thousands of people throughout Canada enjoy playing lacrosse — either in its box or field guise — with the sport declared a national game of Canada way back in 1859 and, more recently, the country’s summer sport in 1994. There are two professional lacrosse leagues in place across the country, with the National Lacrosse League for those involved in box lacrosse and Major League Lacrosse for field lacrosse participants. Both setups have senior and junior championships too.

Lacrosse is a fast and aggressive sport though, something that coaches and officials have both taken on board when looking into new rules and the design of equipment in order to try and improve safety — especially across the border in the US.

In 2012, one of the sport’s biggest changes at least in the US was made when teams were told that they would be forced to play a man down on both ends of the field as opposed to only being behind the restraining line. The rule intended to give more credibility to a penalty that was already in place and was introduced to reduce the number of card-worthy fouls — especially dangerous checks — that was committed in a game.

There was plenty of support for the man-down rule when it was revealed. Pat Dillon, who has over 20 years’ experience as a college referee and is also a member of the NCAA women’s lacrosse rules committee, believed that it would definitely “discourage players from committing cardable fouls”, while Towson coach Sonia LaMonica stated: “I love it. In order for the game to get safer, there needs to be high penalties. Having to play man down on the offensive end or the defensive end is, I think, more consistent with the penalty.”

More recently in the US, the US Lacrosse organisation began testing a new design of lacrosse balls to see if they helped to make the sport safer. The changes related to NOCSAE regulations, which measures how much pressure is required to compress the ball to 25 per cent of its diameter. The regulations effective from April 2015 allowed for a range measuring between 110 and 210 pounds of pressure, though it was proposed that the range be reduced to between 115 and 150 pounds.

Bruce Griffin, the Director of Health and Safety for US Lacrosse, commented: “It has the same weight and the same bounce, but the balls built to the new NOCSAE standard have up to a 40 per cent reduction in the transfer of energy forces.”

Following a series of tests at high schools across the US, the new spec of lacrosse balls received approval in June 2016 and were introduced to the game from July 2017.

Back on Canadian shores, a change in the rules was made by the Canadian Lacrosse Association ahead of the 2013 season which altered how fighting in the sport was governed. The amendment sees players being handed a five-minute major on top of an automatic game misconduct if they engage in a fight, unless it is deemed that a player is either clearly instigated upon or should an aggressor penalty be called on the play.

The rule change aimed to make lacrosse safer and more appealing to participate in, with Derek Keenan, the coach of the Whitby Warriors Junior A program, adding: “I think it eliminates the goofy staged fighting … Emotion and reactionary fights are one thing, but the centre-floor, peel-off-all-the-gear kind of fights, I don’t think it really does anything for our game, to be honest, so I am in favour of it.

“I honestly think it’s a good rule. Our game is moving in another direction.”