If You’re Going To Do New York, Do It Properly: A Trio of Iconic Spots

New York has been referred to in song so often; it’s hard not to quote lyrics when you talk about it. It’s the city that doesn’t sleep. It’s so good they named it twice. It’s a Concrete Jungle where dreams are made. You can get caught between the moon and it. And don’t get us started on the films and TV shows set there. To put it mildly, you’re not going to run short of things to do while here.

With that said, New York City has so much going on that you can pretty much draft your own itinerary. Whatever you are into, it has something for you. Like London, it’s a place where countless people gravitate. By the law of averages, some of those people will be like you. So whether you’re into Hungarian dance or Ukrainian cooking, there will always be something you can enjoy in New York.

That being said, and without wanting to demand that you “do” New York the way everyone else does, some things are undeniable. If you’re going to New York, there are some things you just have to do. Because it’s New York. And you want to be a part of it, after all.

Take A Walk In Central Park

A city as iconic as New York will have countless spots that you recognize from the TV and movies. In fact, Central Park isn’t as full of these moments as places like Broadway or the Empire State building. But it is somewhere you have to go if you’re in New York. There’s so much to do here, from boat rides to ice skating. You can eat a picnic or take in some performance art. You’ll be glad you did. 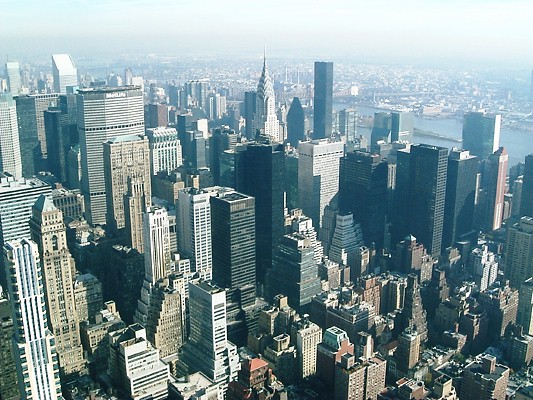 Go To The Top Of The Empire State Building

Quite simply one of the most recognizable views in all of cinema and visual entertainment. Seeing the Empire State building from New York City, or vice versa is something all visitors to the city just have to do. Key scenes from films such as Sleepless in Seattle, and TV shows like Gossip Girl, have been set here. If you want to say you’ve really seen New York, see it from the observation deck. And take a lot of photos.

See A Show On Broadway

Yes, you surely have other things you want to do while in New York. And there will be time for those, too. But to come to the most iconic city in the world and not see these things would be a shame. Like going to London and not seeing Buckingham Palace.