A first-time gambler is more often exposed to a lot of risk. Experienced gamblers would wisely advise against tables and games that have the highest risks. How then do you tell which tables have the highest risks, seeing that they do not come with a warning sign over them? One helpful and insightful way to better understand the risks involved is to first understand casinos and ask yourself how do they work as a profit-making business while understanding RTP ratios (return-to-player winnings). 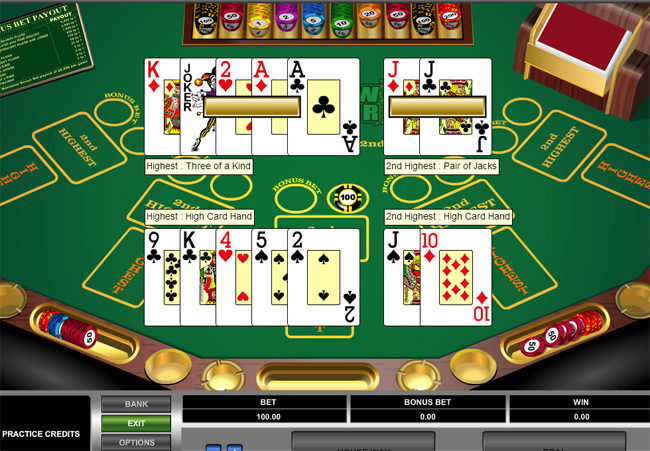 It is a variation of the Chinese dominos game called Pai Gow. What makes it different from the original Chinese game is that it inculcates aspects of Seven-Card Stud. So we can be safe to say that it is a hybrid. The one advantage of the game is that it is played at an easy, relaxing pace, but that should not fool you. For a general overview of the game, you turn a seven-card hand into two poker hands, play against the dealer and you can even use some strategies to get the upper hand and get winnings. Some casinos may allow you to play as the house (the banker), which increases your winning odds.

Rules of Playing the Game

The game is played with on an oval table, similar to a blackjack table, with a single deck of a total of 53 cards – consisting of 52 cards as usually used, plus one extra card, a joker. The table has spots for six players and the dealer who makes the seventh player. The joker is partially wild, meaning it can be used in completing flushes, straight flushes, royal flushes or a straight flush. It can also be used as an ace.

Some casinos allow the role of the banker to shift from one player to another and that is where the first risk comes in. If you are ready to play as a banker, you should have enough money to cover the bets of all the other players at your table. If you are not up for it or if the financial risk is too high to bear, you can pass on the role of banker to the dealer.

The standard rules of poker ranking are normally followed when playing this game, with only one exception that is rather odd. The A2345 straight, also known as the wheel, is considered the second highest straight. Well, some casinos have done away with this rule but most of them still work with it. 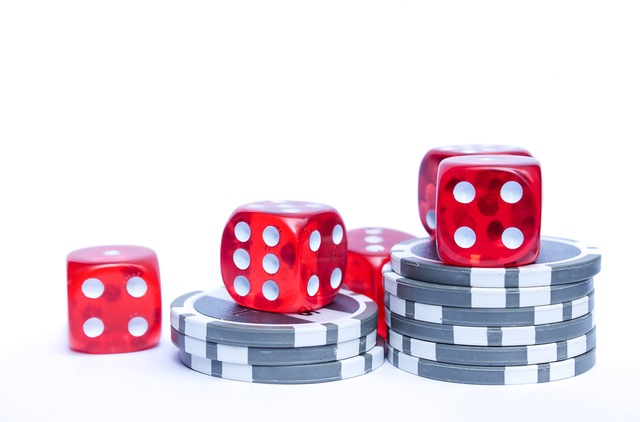 The typical progression of the game is as follows.

1.      You place your wager before the dealer deals the cards

2.      The cards are dealt by the dealer. He hands out seven sets of seven cards, whether the table is full or not. In case the table is not full, the empty cards are normally removed from the vacant places afterwards (this is mainly ceremonial).

3.      For the case of casinos that allow the banker to rotate among players, the dealer will place a white plastic marker called a chung in front of the player acting as the banker. The dealer is normally part of the rotation when the casino acts as the banker.

4.      The players then set their cards by splitting the seven cards into two poker hands. The high hand (backhand) should have five cards while the low hand should have two cards. The poker values on the high hand must be higher than those of the low hand.

5.      The high hand is also ranked as per the conventional poker rules. The only poker hand in the low hand is either a no pair or a pair, after which the value is determined by the individual cards.

6.      You place your cards on the designated areas marked highest and second highest. You are not allowed to touch your cards again after this.

7.      The dealer will then divide his cards in the same way according to specified rules known as house rules.

8.      The dealer then turns over the cards of all the players one by one, comparing them to the banker`s two hands respectively.

9.      If there is a tie, for instance, both hands are aces or kings, the tie normally goes to the house

10.  If the player`s cards beat the banker`s cards on both hands, then the player wins even cash on the wager they placed, but gets cut off 5% for commission. If the player on the other hand wins just one hand but loses the other, then they get a push, which means they win nothing. In case the player does not win any comparison, then they lose the bet.

11.  If the player`s hands are the same as the bankers, then a copy occurs. The house wins that specific hand since it is not treated as a tie.

We basically have all the rules, but where does the joker come in? The joker normally changes the ranking of the hands. Five aces are normally the best hand and wheel is the second-highest straight. But you can only use a joker as an ace or as a wild card to complete a flush.