Newcastle upon Tyne, in the North East of England, has an estimated population of 300,000 people. The city, or the ‘Toon’ as it is referred to locally, is synonymous with culture, a welcoming atmosphere, and, unfortunately, rather poor weather.

As of 2017, the two universities in the city, Newcastle University, and Northumbria University, boasted 23,000 and 26,000 students respectively. Taking those statistics into consideration, almost a sixth of the entire population in the city are students — and we aren’t surprised.

Student Hut ranked Newcastle as the number one city for students in the UK, thanks to its vibrant nightlife, well-connected transport system, and over-arching value for money. Beating off stiff competition such as London, Leeds, and Manchester is no easy feat, however, the home of the Magpies definitely held its own when it came down to the nitty gritty – making it the perfect location for undergraduate students looking at university clearing courses.

That got us thinking, some of the biggest rivalries in the UK exist between North and South. Take music for example: Queen vs The Beatles, Rolling Stones vs Dire Straits, and Blur vs Oasis. However, drumsticks aside, how do the two compare when it comes to cost, especially for a student about to take the leap into further education? In this article, we pit Newcastle in the North, against London in the South. 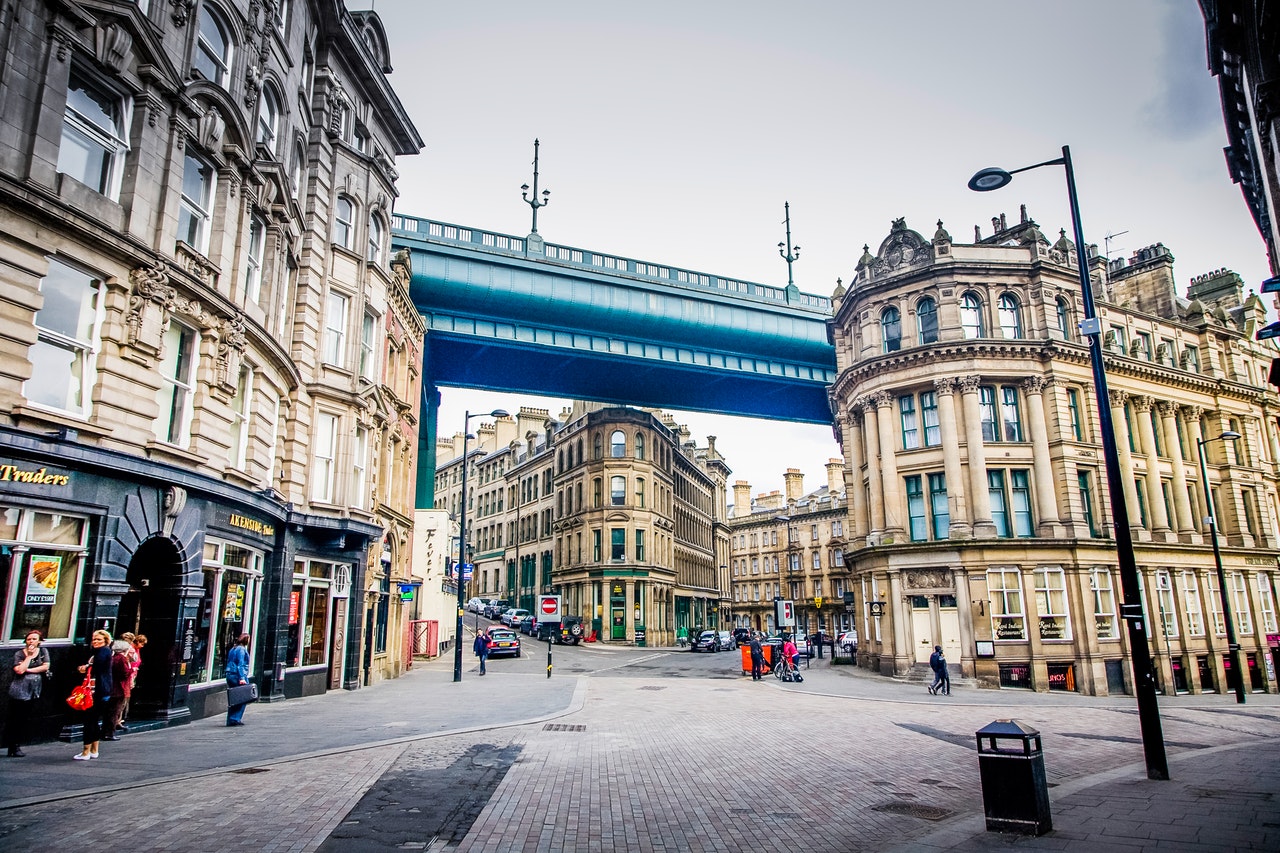 Rumour would have it that the nightlife in Newcastle consists of nothing more than partygoers venturing outside without a jacket on in the depths of winter. Although the previous two claims may boast a smidgen of truth, the city does actually offer significantly more in the way of entertainment. Stack, a recently developed shipping container complex located in the city centre at the end of Northumberland Street, plays home to a variety of alternative eateries and bars, and regularly hosts live music sessions.

For a more classic vibe, Tyne Bar, nestled in between the picturesque Ouseburn Valley and Tyne Lock, is a rustic pub which screams Geordie lifestyle. Free food on a Tuesday, do we need to go on? A short stroll up Ouseburn leads you to The Cluny, a venue which has played host to some of the UK’s biggest acts. You may have heard of low-key visitors such as Arctic Monkeys, Mumford and Sons, and Gerry Cinnamon.

Alternatively, Jesmond, the suburb which houses most of the second and third-year students, consists of a variety of bars which host daily drinks promotions.

In the centre of town, a stone’s throw away from Monument, find yourself in fits of laughter at the ever-popular Stand. An alternative comedy club, The Stand, has links to the world-renowned Edinburgh Fringe Festival. You might go home with sore ribs from laughing, but at least your bank won’t have taken a battering, with most shows costing around £7.

One of the main stand-out features about the North East, compared to most alternative UK destinations, is the cost of taxis. As most students live within a five-mile radius of the city centre, a standard taxi fare certainly won’t break the bank.

Another huge benefit is the array of overnight accommodations, ranging from Air BNB’s up to high rise Cairn Collection hotels.

Average night out price in Newcastle: £30

It should come as no surprise that the UK capital is a hub for bohemian modernity. Hipster bars and quirky clubs litter the streets of London offering students a variety that you would struggle to find anywhere else in the world. Camden Lock, once the workplace of Amy Winehouse, is one of the most happening areas in the city, with more terrace bars and street food stands than you could shake a stick at. Get your hands on a ‘Camden Card’ to take advantage of 20 per cent discounts in a host of bars and restaurants.

In order to keep the bar tab down, the White Post Cafe in Hackney Wick is particularly popular among students. If you arrive between 5 and 7pm you can get your hands on half price drinks, while chilling out to a range of DJ sets, live music, and everyone’s favourite – dogs navigating their way around the bar.

On the other hand, if a pint or two is more up your street, then get yourself down to the Bavarian Beerhouse. Erdinger on tap, delivered in their specialty six-pint jugs, is accompanied by traditional German cuisine.

Obviously, the club scene is electric in London. Junction East in Shoreditch, and the Roxy in Soho have both established themselves as perfect student venues thanks to cheap midweek drinks deals.

There is no denying London plays home to some of the most fascinating cultural experiences in the world, and not all of them involve spending money. Free Tours By Foot are just one company who offer a host of cost friendly night time entertainment alternatives, including the likes of a Jack the Ripper Tour.

The one significant drawback of a night out in London is the taxi fare home. For a similar journey distance to that in Newcastle be prepared to pay four times the price.

Average night out price in London: £60

One of the main bonuses of living in Newcastle is the fact both universities are situated slap bang in the city centre. Thankfully, the vast majority of halls are positioned a maximum of 15 minutes’ walk away, ensuring that you get to indulge in another brief spell of sleep in the morning. Claude Gibb halls are one example of student accommodation which sits right on the doorstep of Northumbria University. These digs are often a popular choice for students in their first year, providing the opportunity to immerse yourself in the whole university experience. Choose between £74.90 per week for non-catered, or £116.90 per week to include breakfast, lunch, and dinner.

In the following years of study, students typically relocate to the neighbouring suburbs of Heaton, Jesmond, or Sandyford, where rent prices can vary from £70 per week to £120 per week, often with bills included.

Due to the fact London has 40 universities and more than 400,000 students, pinpointing a place of choice to live generally hinges on the institution. Popular areas in the North include Camden and Finsbury Park. In the East, Mile End and Stratford attract large student populations. West London hotspots include Shepherd’s Bush and Hammersmith, while Brixton and Tooting have existed as firm favourites among students frequenting in South London for quite some time.

Obviously, depending on location and quality of accommodation, you can expect to pay approximately £150 per week in a shared house in London, with university halls costing around £200 per week for first year students.

Both cities have a lot to offer in regard to student life, whether it be daily activities, night life, or of course, a quality education. However, as we have noted there exists a massive disparity in terms of cost of living.