If you love traveling and have an affinity with wildlife, then why plan your next trip away to see the world’s most dangerous creatures? We thought we would round up some of these amazing creatures and let you know where exactly in the world you can find them.

Now, for anyone who knows their wildlife, there will be some glaring omissions on this list. But, nobody wants to travel halfway across the world to see malaria-carrying mosquitos or to be stung by a box jellyfish, do they? Well, maybe. So, for the purposes of this article, we’ve only included the wonderful animals that most of you would love to see.

It’s also worth bearing in mind that although these animals are dangerous, it is incomparable to the danger that we, as a race, pose them. Which is why, sadly, many of them are endangered. Time is running out if you want to see these incredible beasts in their natural environments – so let’s get started right away.

Elephants are so cute, aren’t they? With their big ears, expressive eyes, and beautiful long lashes. Oh, and they are afraid of mice, too, right? Well, sometimes elephants get angry, and when they do, you had better move out of the way, fast. Once they get their back up about something, the African elephant is capable of flying into such a rage that they will flatten entire areas. There have been stories about vengeful groups of elephants attacking villages and razing them to the ground. And, there are also rumors that they have done so in a calculated and planned attack. Your best bet for seeing these impressive animals is to head to the Chobe Park in Botswana. Try a boat cruise along the river to enjoy the site of elephant families relaxing in the mud and water. 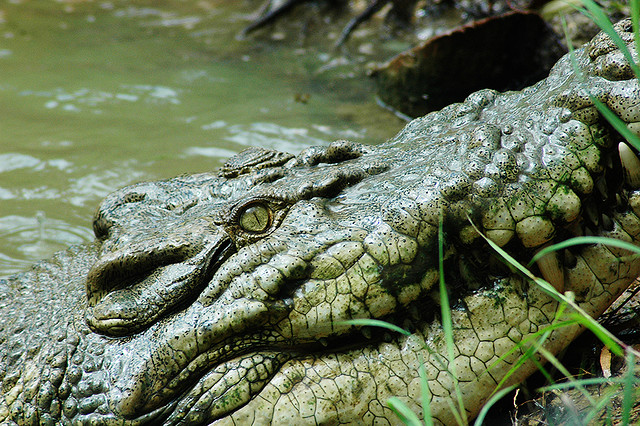 Well, if it ain’t broke, don’t fix it. Saltwater crocodiles are one of evolution’s perfect creations and have been around for over 4 million years. That’s impressive for a creature that is, effectively, a long strip of muscle with big teeth. These crocs are the largest reptile alive today, and they are fearless – and fearsome. Anything that enters its sights can be taken down, grabbed underwater and drowned with its ‘death roll’. To put it simply, you wouldn’t want to see one knocking around at your local swimming pool. Saltwater crocs live in India and Southeast Asia, but one of the best places to find them is on the north coast of Australia. Head to the infamous Cage of Death in Darwin, Australia. There, you can see these impressive beasts from close up – and pray that this doesn’t happen to you. 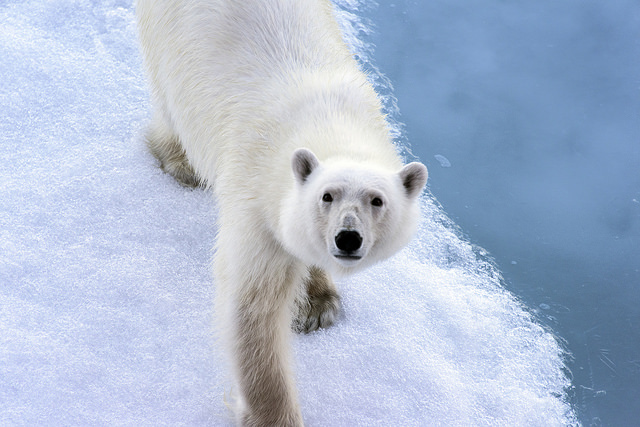 The polar bears of the Arctic look cute when you see them from the safety of a boat. But up close, they are another matter altogether. Polar bears are the biggest meat-eating animal on the planet, and will tuck into anything going when it’s hungry. And don’t even think about taking one on in a fight – it could swipe off your head with a nonchalant flick of its paw. That said, if you want to see the glorious polar bear in its natural environment, you are going to have to be quick. There are only estimated to be around 20-25,000 left alive on the planet, according to the Conservation Institute. You can head over here – http://www.conservationinstitute.org/polar-bear-facts – for more details. If you want to see them? Head over to Greenland, Canada, Alaska or the Svalbard archipelago in the Arctic. It will be a breathtaking moment. 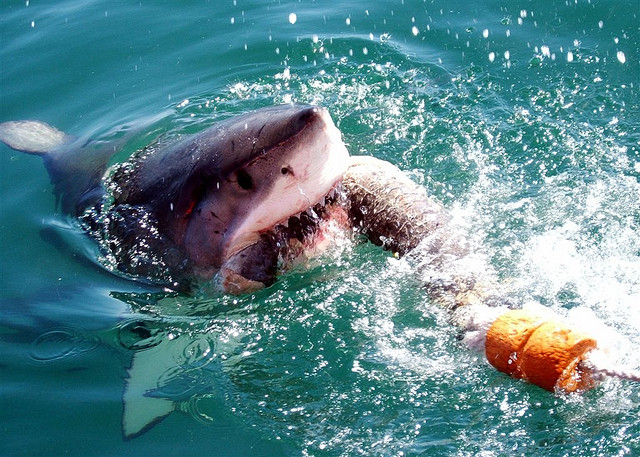 The Great White is a scary-looking beast indeed. And, like the crocodile, it is much the same as it was millions of years ago – a perfect killing machine. However, is it as dangerous as Jaws led us to believe? Without a doubt, no. But, they have been responsible for dozens of human deaths. They also get a taste for us, which means that they start hunting us out as a preferred food choice. Which is nice. Great Whites are found all over the place, by the coastlines of all four major oceans. They have been spotted in the United States, Australia, Japan, South Africa and even in the Mediterranean. If you ever get the chance to go into a shark cage, you should try and go for it. You may well find it one of the most terrifying experiences of your life. But, to see these incredible feats of evolution close up will live long in the memory. 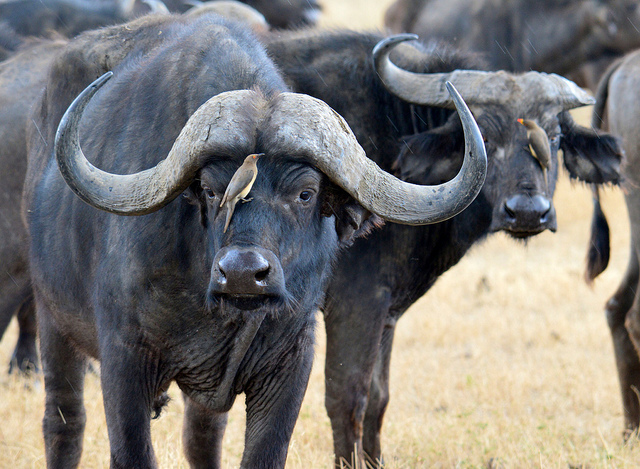 Now, these guys are known in wildlife circles as one of the moodiest creatures on the planet. They are big, gruff, and don’t take any prisoners. Cape buffalo can grow up to around 2,000 pounds – more than ten times the weight of a large human. But, they can still run at speeds of up to 40mph. They’ll even have a go at a lion, and have been known to carry on charging at hunters after they have been shot in the heart. Cape buffalo are, and then, wildlife’s version of the Incredible Hulk. They are also part of the famous ‘Big Five’ game animals that are the most difficult to hunt on foot. Book yourself a trip to South Africa if you want to see them – just make sure you do it from afar!

Well, there you go – five of the most dangerous animals on the planet, and where to find them. It’s a great little bucket list. While most people have places and activities on their bucket lists, they often forget that the world isn’t just about location. It’s what you find and experience in those places that count. If you get to mark these five incredible animals off your list, there’s a high chance that you will never forget it. Any experiences to tell us? We’d love to hear about the dangerous animals you have been up close with – so let us know in the comments section below.