Which order do you wear wedding, engagement and eternity rings?

Rings and their placement on the hand are hugely symbolic, and there’s none more so than wedding, engagement and eternity rings. Each represents a different level of commitment and shows a deep, romantic love which lasts a lifetime. But one question follows these rings around – which order should they be worn in once one has all three? Well, we’ve had a root around and after digging up some history, we’ve found out for you – here’s a guide to what those three rings mean and what order to wear them in.

What does each ring mean? 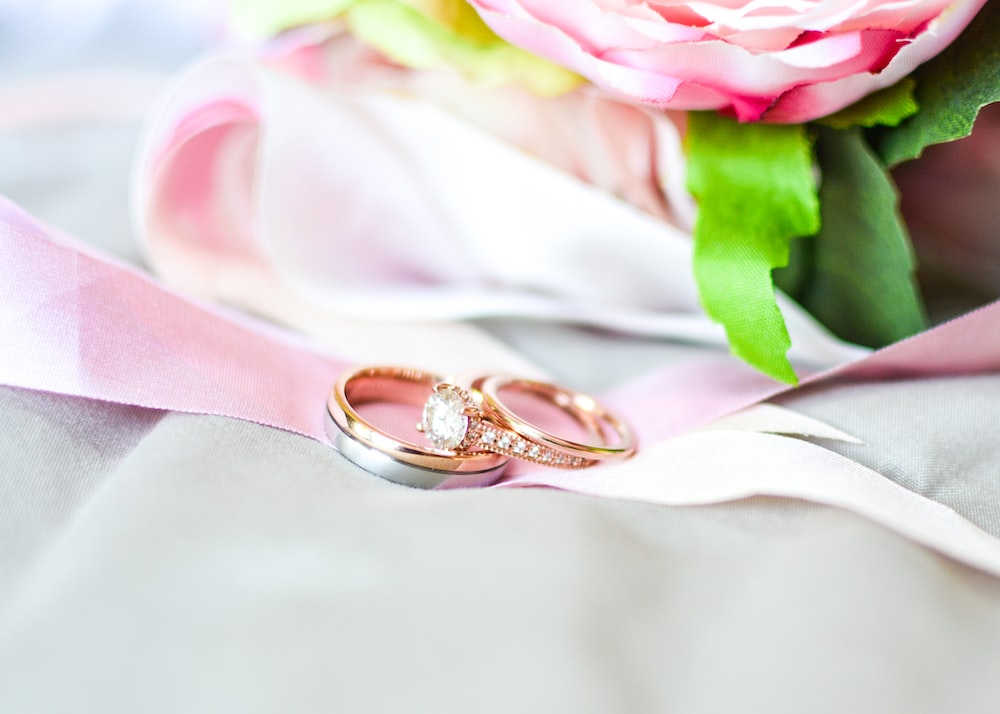 Engagement rings are presented from one partner to the other as part of a proposal of marriage, and wearing one symbolises that the proposal was accepted and that the wearer is engaged to be married. An engagement ring usually features a metal band with a central diamond, sometimes flanked by other smaller diamonds or gemstones. It’s worn on the ring finger of the left hand.

Wedding rings are exchanged as part of the marriage ceremony, each partner giving a ring to the other to symbolise the unending love that binds them to each other. Traditionally wedding rings are two plain gold bands, and they are also worn on the ring finger of the left hand. Some people choose to engrave the date or a message on the inner surface of their rings to personalise them.

Eternity rings are given as gifts on the first wedding anniversary (or any anniversary after that). They are another way to reinforce and symbolise the commitment to the relationship. They traditionally feature a metal band embedded with small, identical gemstones right the way around (although a cheaper option has gemstones embedded only on the face of the ring, known as a half eternity ring). Eternity rings are also worn on the ring finger of the left hand.

Each of these rings has a deep and meaningful romantic symbolism as well as being beautiful pieces of jewellery – but what are the rules dictating which order they should be worn in? 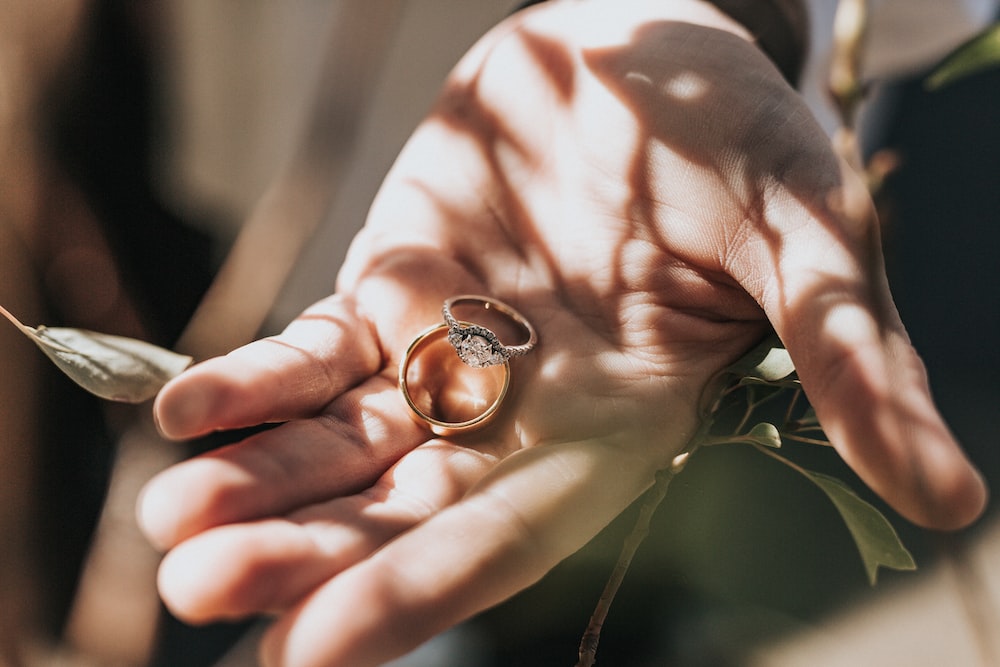 What order should they be worn in?

Traditionally, you should wear your wedding ring, then your engagement ring, and finally your eternity ring. Although this might seem counterintuitive because it’s out of chronological order, but, like so many romantic traditions, there is a beautiful reason why which stretches back millennia.

To understand the symbolism of the order, we have to look at why the left hand ring finger was chosen to wear these meaningful rings. The ancient Egyptian,  and later the Romans, believed that there was a ‘vena amor’ (vein of love) connecting this finger directly to the heart, and consequently chose to wear their wedding rings on that finger to represent eternal love encircling the wearer’s heart.

The ring closest to the base of the finger is closest to the heart, and therefore has the most importance. So, you should wear your wedding ring first as your marriage vows are the most important commitment. Your engagement ring comes second, as this promise of commitment is the second most important. Lastly comes the eternity ring, as this is simply a reinforcement of the already existing commitments. Together they symbolise the strong, everlasting love which encircles your and your partner’s hearts, binding you together.

So if you’re ever unsure again, remember this little piece of history to help you work it out – and always keep your wedding vows close to your heart!