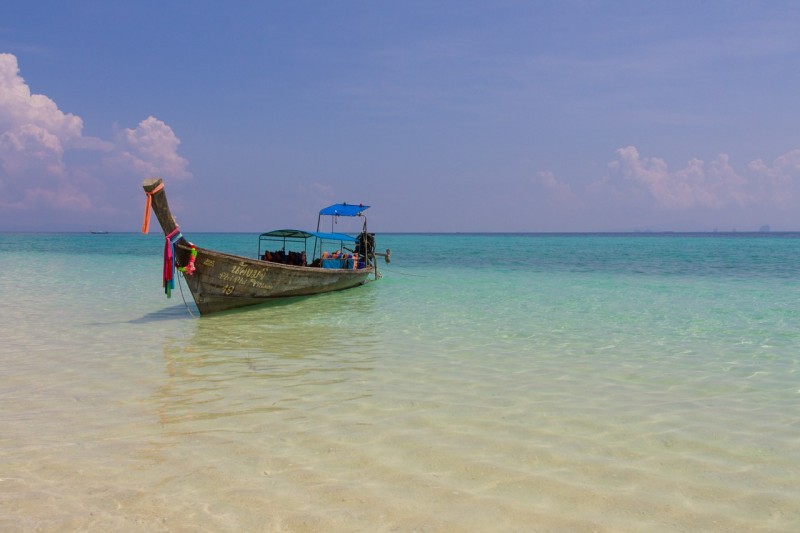 Would you like to be that person that ups sticks and goes to live outside of their native country? In other words, would you like to be that person in your friendship group who decided to become an expat? If so, then do it! Even if you have dependants, such as children to fend for, take them with you and do it! If it’s your dream, do it! And, when you’ve decided that you do want to do it and in fact that you are actually going to do it, then it’s time to decide where you’re going to move to. To see why Southeast Asia should be this place, read on.

Yep, any country or city in Southeast Asia is probably going to be cheaper to live in than the place you currently live in or grew up. Notably. this is evidenced in real estate prices in that part of the world. As can be seen at https://rumahdijual.com/surabaya/apartemen-murah, Indonesian real estate prices, which are calculated in Indonesian Rupiah (Rp), when translated into the currency that you are used to using are more than likely to be much cheaper. For instance, a home in Surabaya, Indonesia with a land area of 29 metres will cost Rp. 30,000,000, meaning it will cost less than £2500 US Dollars. So, if you’re someone that wants to get more for their money and cut down on the price of living considerably, then Southeast Asia should entice you in this aspect.

And it’s not just Southeast Asian real estate prices that should be enticing you either. No, the general cost of living should be doing so too. By doing things such as eating at street stalls, sourcing your food locally and using the astoundingly cheap transport systems found in this part of the world, you will find yourself saving money no end. Well, you’ll find yourself saving more money than your family and friends back home, anyway.

There are no set price

Speaking of prices, they aren’t really set in stone in Southeast Asia, either. You see, haggling is a way of life in this big corner of the world, so if you’re somebody that hates having to abide by and pay set prices then moving there would no doubt prove to be a dream for you. In Southeast Asian culture everything can be haggled, from cab fare to food prices to the cost of furniture and even to the price of. Simply, haggling is truly a way of life and is never frowned upon; by not haggling, you might even shock or even offend people!

But, even though haggling is a way of life in Southeast Asia, there are still do’s and don’ts when it comes to doing it. Things that you should do include: speaking the local language, even if it’s just a little bit; taking your time when it comes to doing it and not rushing; pretending to be disinterested when you hear an offer you don’t like and even faking a walk off; and using some odd numbers when it comes to prices that you offer. Things that you should not do include: getting angry; giving in too easily, leaving the bargaining until after the work has been done, such as bargaining for a price after a taxi ride; and getting too carried away with all the haggling that you do and thinking that just because you’ve been successful in one store, that you automatically will be successful in the next.

Even though you’re upping sticks and moving halfway across the world and into a completely different culture, it doesn’t mean there won’t be people just like you waiting there to greet. Well, they might not be waiting to greet you, but they will be there all the same. And it is advised to contact these people and meet them in order to help yourself settle into the Asian way of life. And, it is advised that you do this even before you arrive there by heading to forums and online portals that are dedicated solely to expat communication, such as internations.org. By doing this, you’d be able to give yourself the best opportunity possible of really settling into your new life before your homesickness starts begging you to go home.

On that note, something that you should be doing in order to stop yourself giving into those homesick desires to pack up and head back home is accepting that they are real. Yes, you’re going to want to go home simply because of how different a culture it is to your former one. And, the sooner you accept this the easier your transition into your new life will be.

There is an adventure to face every day

Every time you step out of your door you will be faced with an adventure. Even after it’s been a while since you moved and you’ve settled into your new life, every day will stay be an adventure. Why? Well, because you’ll always living in a culture that you didn’t grow up in immersed in, and hence that means that you will always be facing an adventure.

So, make sure that you embrace this adventure! Sample the local delicacies. Abide by and learn from the local customs. And visit all the places of importance.

Whether you’re looking for a new adventure in life after the kids have grown up and flew the nest. Whether you’re a retiree and not only want to live through your golden years, but you want them to be an adventure. Whether you’re a budding entrepreneur who wants to benefit from all the business benefits found in that part of the world. Or whether you’re just starting out in life and want to make every day from here on in everything that it can be. Whatever your reason for moving out to Southeast Asia may be, just remember there doesn’t need to be a reason! And remember, deciding to do so might just prove to be the best idea you’ve had in years.