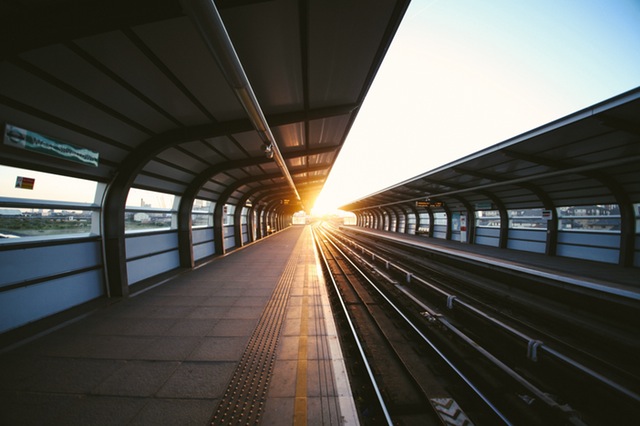 I love traveling: falling in love with new places, meeting new people, and trying different types of food. I find traveling to be one of the best ways to indulge your senses, almost everything is different when you’re in a new country. It’s also fun to have so many reasons to snap great photos, whether of you with your friends or family, or the beautiful architecture in your visiting country. There are so many ways to travel these days: cycling, by plane, going on a cruise, or even enjoying the convinience of a tour. However, there’s one type of transport that stands out to me as the clear leader: traveling by train. I absolutely love discovering a new country or a few countries by train. There are so many reasons I love traveling by train so I wanted to share them with you below to get you inspired to take a train adventure on your next holiday.
1. You See More of a Country
Trains tend to take you through better parts of a country, much more scenic, than roads can. You also don’t have to worry about driving, which means more time to look out of the window admiring different parts of the country you’re visiting. You can also easily take some pretty amazing photos while on a train, or even some cool Intragram stories or Snapchats if you’re active on social media. One of the most interesting and scenic train journeys in the world is the Trans-Siberian Tour. that will take you through a variety of beautiful countries, while providing a constant stream of gorgeous views.
2. No Driver Fatigue Concerns
Sometimes when we are traveling, we have to cover impressive distances in one day. This can be a little tiring, especially if you’ve decided to drive, as it can become a much longer journey when you factor in traffic, stops, and taking breaks for driver fatigue. There’s many different theories on how often you should stop to rest when driving, but personally I think a stop every 2 to 3 hours to give your brain a rest, and let your tired eyes relax is smart rule of thumb. When you’re traveling by train, thankfully there is an experienced conductor or variety of conductors, so you can cover longer distances without worrying about accidents or safety issues.
3. Faster Than a Car
Road trips are fun – there’s no denying that, but trains travel a lot faster than a car can, especially as they don’t have to worry about intersections or managing traffic – which can add hours onto your trip. I really enjoy that with trains, excluding the rare delays, you can know almost exactly when you’ll arrive in your destination city. Making it much easier to plan the rest of your day.
4. No Airport Hassles
While I love flying, I don’t love being in airports. Often airports are located in the middle of no where, at least 30, usually 60 minutes from a city centre. So you often spend a long time getting to and from airports, which just adds on to your travel time. Going through the airport is annoying, unpacking your things to go through security and boarding the plane at least 30 minutes before take off. In contrast, you can get to a train station much more easily as they’re centrally located usually. There’s no long security needs and no need to check-in an hour or more in advance. This saves a lot of hassles and my favourite part? Once you arrive in the new city by train, chances are you’ll be close or in the city center, making it easier and faster to arrive at your next hotel.
5. Much Easier With a Family
Trains have toilets on them, which can be a lifesaver when travelling with young kids. There’s also plenty of space to walk around and the seats are so much more comfortable than when traveling by airplane which is great if your kids are at an age where they still nap. You can keep your bags nearby in order to grab any essentials you may need, such as a favourite toy or colouring-in book. You can also usually find chairs for a family of four, meaning more of you can be together which can make young children feel more at ease. Some trains also even have a space where you can have young children in their prams, reclined, so they can have a nice long nap! Other trains I’ve been on even have bedding areas which are perfect if you’re choosing to take a night train to save time.
Trains are such a romantic way to travel, but as you can see there are quite a few benefits to travelling by train.