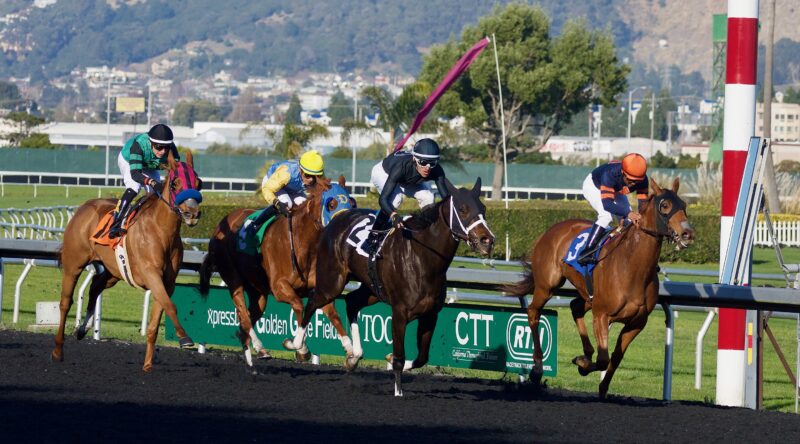 The sport of horse racing goes back centuries. In actual fact it is the oldest known sport that is still being contested in the modern world, in its most basic sense dating back centuries. The sport originated in Mongolia and was active during greek and roman empires and ancient Egypt, and has evolved in its prestige since then to become a pivotal sport in today’s modern age. Indeed throughout time it has been a staple for the extremely rich but has traversed throughout all facets of today’s society and it is enjoyed by millions around the world.

Horse racing and chariot racing was introduced in the 648BC Greek olympics and has been competitively been racing ever since really. The ‘Sport of Kings’ was reserved for the ultra rich who could afford such fine animals, particularly in more modern centuries when thoroughbred horses became the focal point of racing. This seemingly started when horse racing reached Europe and particularly Britain where it was hugely popular with the Royal family.

It would be 1750 at the Newmarket Races where the modern day horse racing would hold its roots. Initially to allow fairness and prevent the Jockey Club set a legislation for the horse racing rules. The first Epsom Derby would commence in 1780 and would be the first marker for the modern age of horse racing. But bear in mind this is still centuries ago, with America only being founded in 1776. However, this creation of the Jockey Club and then the Epsom Derby was the marker for the new age horse racing and many of the rules which were established here are still in use today. Importantly, the Epsom Derby is still running in Britain to this day and has an acclaimed prestige, rightfully surrounding it.

It was during this time that the sport got its name for being posh, whereby the elite took control of horse racing and particularly horse betting to stop the riff-raff ruining their sport, unlike now where it is a popular activity for all, with racecards and tips helping anyone make better bets. This led to an isolation of the sport from many. Whilst a lot of the pomp and circumstance is still prevalent in today’s races there is much less elite cliqueness and it is way more accessible to the masses. However, things like Royals attendance at Ascot, the formal dress code at the Grand National and the Queen winning races with her horses at places like Cheltenham, it is clear to see how steeped the sport is in historic remnants of a lucrative past. However, nowadays anyone can attend the event and witness the spectacular events unfold. Infact, the commonplace of horse racing and the sports betting which goes hand in hand with it is rife in British culture and allows the big events to draw large crowds of punters.

The traditions and clear history in the sport would not be nearly as important if the sport had not managed to attract fans over the centuries and the horses have certainly helped with this, from manifesto to proletariat to. Indeed, throughout the decades, horses have continually beat records, smashed times and provided top class entertainment. This does come at a risk and the very history of horse racing prevents the issue of danger and killings in the sport at bay but this is a clear indicator of its deep-rooted nature. Had it been a new sport the controversial issues surrounding the sport, not least with the putting down of horses but also the various corruption issues, would have been more blatantly confronted.

However, horse betting and racing is a staple now in British sport and remained one of the few events which managed to be held throughout the Covid-19 pandemic. This is surely a testament to its longevity and durability which it has mustered over the centuries of being in place. The sport is so basic in its essence that it can attract anyone to support it and also allows for many jockeys to continually beat records making for constant ‘wow’ moments. An example of this is Tiger Rolls’ attempt at beating the infamous Red Rums record set at the Grand National.

Whilst being the most historic sport on the planet it remains a strong favourite across the globe and seems to be going nowhere. It seems history comes hand in hand with the horse races and the sport will only continue making history for years to come.